GEZE trainee programmes are challenging and customised individually to meet our trainees’ skills and, if possible, their desires as well – but don’t just take our word for it; see what Philipp Stahlkopf, who has completed a total of ten project assignments, has to say. In particular, he will remember his ninth placement at the GEZE subsidiary in France for a long time to come. 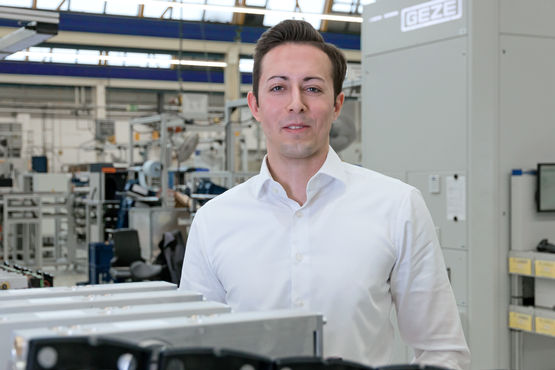 For a 25-year-old, Philipp Stahlkopf has already done a lot. He worked for an automatic parking system manufacturer for almost seven years, got to know all the departments there, developed a variant configurator at the company’s Indian service organisation in Pune after graduating – and completed his dual studies programmes degree up to Bachelor level. “Then I wanted to get to know another business. There were two deciding factors for me: firstly, I wanted to stay with a medium-sized business, as flat hierarchies and short decision-making routes are important to me. Secondly, I wanted to stick with a mixture of production and technology, which was the focus of my degree,” says Philipp Stahlkopf. Born in Schorndorf, he had been aware of GEZE even as a youngster, and so applied to us in 2018. “I admit, I didn’t actually want to do a trainee programme, but I saw that things work very differently at GEZE compared to other businesses. The set-up here is very open – each individual’s background and desires are taken into consideration. So you aren’t just “shoehorned” into a certain position here,” he smiles. He likes that. And so, after a successful interview, he started as an Engineering Trainee on 1 October 2018.

I didn’t actually want to do a trainee programme, but I saw that things work very differently at GEZE compared to other businesses. You aren’t just “shoehorned” into a certain position here.

During his 18 months as a trainee, Philipp Stahlkopf had a total of ten assignments, i.e. actual projects which lasted from four weeks to three months. „What’s really cool here is that you’re quickly given a lot of responsibility here and are allowed to make a lot of decisions yourself. At the same time, you’re never left all on your own, because the supervisor for each assignment is always on hand.” The penultimate trainee project is the assignment at GEZE France. “I was asked whether I wanted to do an assignment abroad and whether I was prepared to take a closer look at production processes at our French subsidiary.” An interesting and challenging request, because what it really involved was a short-term turnover increase in sliding door production, which, after a brief hesitation – “I can’t speak French” – the young man eventually accepted.

After arriving in Servon, 30 km south of Paris, he got to work. In line with the goal, he created a mind map and defined certain tasks, e.g. reducing warehouse stock, improving communication between sales and production, reducing packaging costs, optimising production control and the flow of materials. Measures were categorised and prioritised, “because my assignment was limited to only five weeks on-site.”

Then there was the question of the agenda, and the simple question: How do we implement these measures? “To this end, we initially held a number of workshops on-site with all the employees involved. Ultimately, the first thing we had to do was provide an exact picture of the current situation.” During this stage, Philipp Stahlkopf was still being supported by a project engineer for international production development. 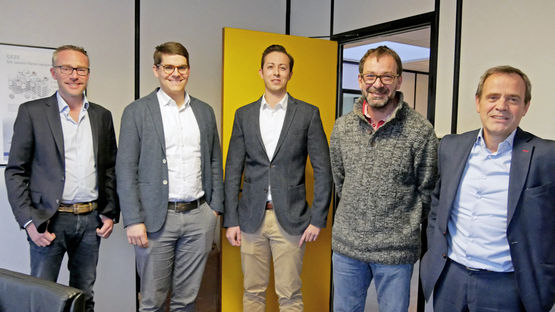 Final presentation to the GEZE management

Then the Business Administration graduate got down to business: he reduced stocks, developed an order procedure using SAP, updated master data, specified service grades, and much more. Reducing stocks meant that warehouse shelves could be taken down, creating more space and optimising the flow of materials. This in turn helped to reduce times and achieve the objective of increasing turnover. The proposals and the implementation plan culminated in a major final presentation on the last day of his assignment abroad. “It goes without saying that the Managing Director technics Marc Alber taking the time to come and listen to a trainee explaining his findings for five hours was a really special thing for me. Amazing!”

Another important topic during his assignment: improving the communication between sales and production to avoid production peaks. Philipp Stahlkopf also proved himself to be highly skilled in this regard. “I learned a lot about how to go about things tactfully. Because you’ve got to tread cautiously as an outsider – especially as a young person. After all, the subsidiary has been in production for over 30 years. Because of this, I had to be very sensitive, take my time – and ask: why are you doing it that way, how would you like to try something a bit different? But if you show that you can help and you want to help, then people start to open up to you.” And the fact that he was able to make so many friends in this way shows just how well he integrated himself. “I was given a warm reception – and I did a lot of things. For instance, we all went bowling and I also went to Disneyland with a colleague and his family.”

I learned a lot here – about how to go about things tactfully. You’ve really got to get people on-site on board if you want to make a change..

Understanding a different mentality – good for a career at GEZE

And what is different in France? There are two things in particular which stand out for Philipp Stahlkopf: firstly, legal regulations for the sale and invoicing of products are different in some respects to what he knows on the German market; secondly, “the French eat an incredible amount at midday – they have a starter, a main meal and a dessert… That’s why colleagues then carry on working later in the evening than we do in Germany.” He is certain that it was the right decision to accept this major challenge. “Because I didn’t just have a very special time there, I also had some great support to fall back on. Because GEZE provides some incredible tools for working together and project management, which make my work so much easier!” And last but not least, the GEZE trainee programme was also a crucial step on his own personal carrier path. We are delighted that Philipp Stahlkopf will remain with GEZE after his trainee programme: as a “project engineer for international production development”. We wish him the best of luck! 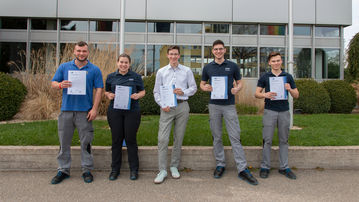 This year, GEZE apprentices have once again achieved outstanding exam results – we congratulate you! 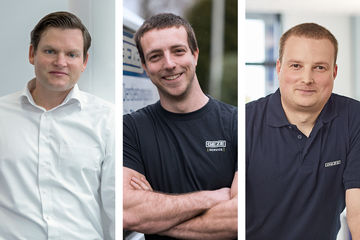 Jobs for Friends – Recruitment at GEZE

Whether it’s a school friend, a sister-in-law or a neighbour, our Jobs for Friends programme allows employees to put people they know forward for jobs. The programme has many benefits – and incentives! 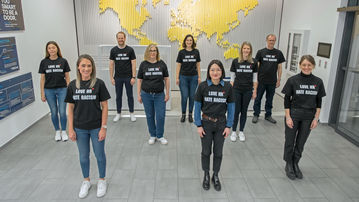 Racism and discrimination are part of everyday working life for many people. We therefore support the initiative of #Hrespect, and proactively campaign for equal opportunities and diversity.